This past April the Delta Beta Chapter of Kappa Alpha Psi Fraternity Incorporated celebrated 65 years on the campus of Syracuse University. The chapter was chartered on April 27th, 1951 by six determined Syracuse students. The chapter commemorated the milestone in “Executive” fashion with a week full of events including: church fellowship at People AME Zion in downtown Syracuse, an

educational women’s forum for the greater campus community, and the fraternities signature dance competition, “Shimmy Like A Nupe”. The zenith of the week-long celebration was the chapters Diamond Kabaret. The night was commemorated by students, friends, and family of Brothers who traveled from near and far to honor the chapters 65 years of achievement and continued success.

The evening was celebrated in classic upscale fashion. Students were shuttled from campus in luxurious limousines and ushered over to the the Crowne Plaza for hors d’oeuvres and dinner. The Master of Ceremony, Marquise Francis CO’13, hosted the night with fun antidotes from his most fond recollections of his time on campus and being a brother of the fraternity. The program was filled with memories from the gamut of brothers who were inducted into the chapter decades past; from the 1970s to present. Guests were treated to a number of performances including: the Black Celestial Choral Ensemble, Outlaws Dance Crew and One World Africa Troupe. The most touching moment of the evening came when a scholarship was awarded in honor of one of Delta Beta’s chapter invisible brothers, the late Phil Romain. We loss Brother Romain earlier this year to prostate cancer, but he will forever be remembered for his dedication to Syracuse University, his Brooklyn community and young people’s professional development. Brother Romain’s daughter, Felicia Romain CO’16, presented the award on her father’s behalf. A teary-eyed Felicia awarded Architecture student Austin Adams CO’18, The 2016 Phil Romain Book Scholarship. Brother Adams gave heartwarming remarks about what the scholarship meant to him and how he would use it. “Brother Romain was a brother who put the chapter and school before everything else,” he said. “I hope to use this scholarship to build upon the foundation he and so many other great men did for me.” 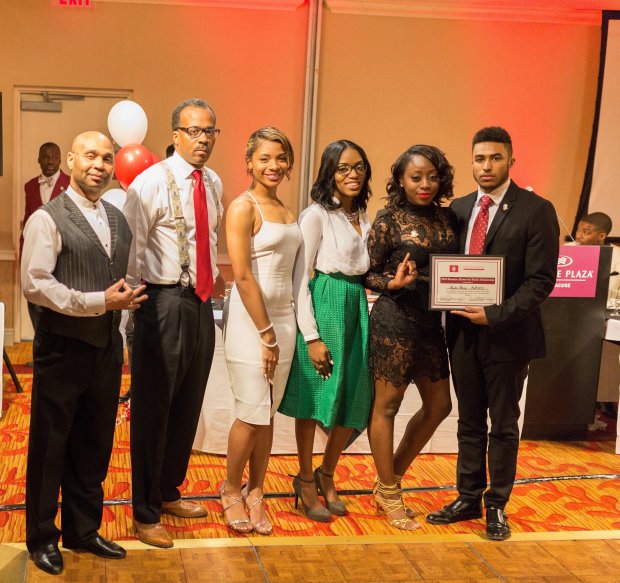 Following the presentation guest were served a gourmet meal and enjoyed each other’s company over the latest tunes. The night was capped with the entire room breaking into a dance frenzy, falling into formation with line dances and attendees watching the younger brothers of the fraternity doing their signature strolls. “We really wanted brothers to come up and live out their time here from the past sixty years,” said chapter president Marlon McLauren CO’16. “We also wanted to show the campus why we love our chapter so much as well.” 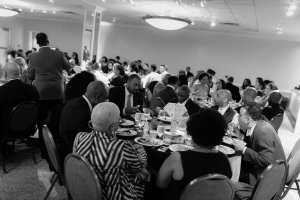 From start to finish the 65th celebration of Delta Beta on Syracuse campus was an all-encompassing time capsule for all those familiar and unfamiliar with what Delta Beta is all about. By the end of the week there was no one that didn’t understand the legacy of Delta Beta. The celebration was not only a commemoration of the chapters 65 years at SU, but a toast to the next 65.